The Problem with Psoriasis Commercials 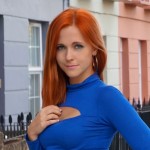 I don’t watch much TV these days. But when I visit friends or family in the US I often glance on the TV screen to see what am I missing, or not. Over the last year, I noticed that there were at least three to five psoriasis commercials per day. However, it’s only happening in the US and NZ as in the majority of other countries commercials that directly promote a drug are illegal.

In a recent commercial, a man with plaque psoriasis is presented as uncomfortable with making simple trips to the grocery store. He’s ashamed by the stares of a fellow female shopper. After he talks to his dermatologist about Humira (a biologic drug) his skin clears up and he suddenly enjoys a better life.

At the first sight, you can think that it’s a great commercial. It raises awareness of the condition and gives hope to current sufferers, right? But unfortunately, I think there are many issues with this commercial, as well as many other ones.

The commercial itself makes it seem like all psoriasis sufferers are ashamed of it. While many psychologists encourage patients to actually show your skin and get comfortable with it, this commercial makes it seem like you can’t be happy unless you start taking Humira that would clear your skin. The actors in the commercial also never look like they’ve experienced anything like psoriasis, and a lot of commercials seem to put a little red patch somewhere and call it done. As a result, it suggests that you should be absolutely devastated because you have psoriasis, and as soon as it clears up for the commercial actor, their life is 500% happier.

But it’s only that. Many psoriasis sufferers might see this commercial on TV and think: Great, I have a few red patches, so I need to get this drug. They go to the doctor and ask for this drug, but if they have mild psoriasis they may have to first exhaust other treatment options. But again, you can’t know this if you look at the commercial. I personally had many friends approach me and telling me about a new drug I should use, whether it’s a Humira, Enbrel or something new that recently popped up on the market, as they saw it on TV. Unfortunately, it’s not a new toy you can just go and buy.

Another problem with these psoriasis commercials is that getting an advertised drug isn’t as easy as it presents. The process involving getting prescribed any biological drug and actually getting funding through a health insurance (as the cost of the drug is over $30,000 per year) is long and complicated. Many people aren’t eligible for it and as a result, it makes them frustrated and upset. I actually have a first-hand experience of having a funding rejected, so I know what I’m talking about.

What do you think of psoriasis commercials? Do you think they’re useful or do more harm? Let us know in comments!