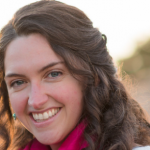 As an administrator for a large psoriasis group on Facebook, I’ve read my fair share of testimonials. I log in every day to moderate member feedback on prescription creams and oral medication, or the latest diet that has helped, or even how everyday products can be used creatively for psoriasis (yes, I too use Vicks® Vaporub® to combat itchy spots every now and again!). But if you’ve frequented any psoriasis sites in the last two months, there is one particular product that everyone seems to be talking about. It’s called Yiganerjing, and it’s a Chinese Herbal Cream (CHC) claiming to treat everything from psoriasis and eczema to hemorrhoids and athlete’s foot. Curiosity piqued and skepticism suitably engaged, I took to the internet to find out more.

As a scientist wanting to understand how this cream could be effective so quickly (with some members claiming plaque clearance in as little as two days) the first obvious place to look was the ingredient list. But which one? Because the ingredient list seems to be different depending on where you’re looking. Popular distributors like Amazon.com and Aliexpress.com list different ingredients for the same product, and even member’s screen captures of their product inserts are not consistent. One obvious source of confusion is the translation from the traditional Chinese herbal names into English, which is sure to lead to errors (my favorite being the ingredient “unicorn,” which could be a mistranslation of a Chinese plant with no English equivalent… or a very endangered horse). More worrying perhaps than these inconsistencies, however, is the fact that the ingredient lists end with “etc.” or “and so on.” Yes, really.

So what ingredients could be hiding in that et cetera? Given the dramatic claims of results, some people suspect steroids, and it would not be the first time CHCs were found to contain unlisted steroids. In 1999, a team of researchers found that 8 of 11 CHCs they tested contained an unlisted but potent steroid, dexamethasone.1 A study in 2003 revealed the same worrying results,2 and in both studies the patients using these herbal creams were completely unaware they contained steroids, using them liberally on their face and skin folds.

Although fines are sometimes laid against Chinese herbalists selling these adulterated creams,3 testing CHCs for steroids is not standard practice and a complex and costly procedure when it is performed. Unlike prescription creams, CHCs may not have undergone rigorous safety testing, clinical trials, or dosing experiments, and without these quality controls in place, it’s impossible as a consumer to know what you’re buying. As a final precautionary note, CHCs may also contain banned substances or other unlisted drugs that could lead to serious medical complications.4,5

Now, none of that is to say that Yiganerjing has any of these unlisted ingredients. In fact, some of the listed ingredients have demonstrable actions, like menthol as an anti-itching agent. Most of the listed plant species also claim anti-inflammatory properties in Chinese herbology, and so the inclusion of ingredients like Pseudolarix amabilis, Cortex Dictamni, Rhizoma Smilacis Glabrae, and Cnidium monnieri make sense for a topical preparation to treat an inflammatory skin disease.

All this taken together, the takeaway from this opinion piece is that all new treatments should be discussed with your Dermatologist prior to use, especially if you plan on using them in sensitive areas, or on broken skin. Even some of Yiganerjing’s listed ingredients, like Cnidium monnieri, should be used with caution and only on the advice of a medical professional.6

Always remember to be vigilant with your health, medications, and safety.