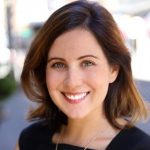 People diagnosed with psoriasis and psoriatic arthritis are at an increased risk of developing eye problems. It is recommended that people with psoriasis get checked out by an Ophthalmologist (a specialist in medical and surgical eye problems) immediately if they begin exhibiting symptoms such as vision blurring, vision loss, or other problems with your eyes.1

Psoriasis can affect the eyelids or eyelashes which can be difficult to experience since the area around the eyes can be very sensitive. Those who have psoriasis on the eyelids may have scales that flake off and stick to the person’s eyelashes. Inflammation may occur around the edges of the eye as well as redness and the skin may become crusty. Some may even experience the eyelashes turning up or down and causing them to rub against the eyeball due to prolonged inflammation. This area can be tricky to treat as some topical treatments can cause more severe issues, such as cataracts or glaucoma, or increased irritation if they get into the eye.2

People with psoriasis are somewhat more likely than the “average” person to develop eye problems. For people that also have psoriatic arthritis, this risk is significantly pronounced (0.1% vs. 7-10%).3 Of the eye problems that people with psoriasis develop, the most common is Uveitis, which is an inflammatory disease process internal to the eyes (intraocular).4

It makes sense that inflammation from psoriasis, on top of normal bodily bacterial responses, could exacerbate and increase the incidence of periodontal disease. Several studies have been done over the years that compare the rate of periodontal disease markers in healthy individuals to those with psoriasis. A staggering correlation has been found that suggests that people with psoriasis are nearly 4.4 times more likely to develop periodontal disease, especially in its more severe forms than their healthy counterparts.5 While more research needs to be done as the current array of studies have had smaller populations, the research does suggest that psoriasis has a part in developing gum disease and the disease progressing.

In addition to periodontitis, there have been findings of psoriasis developing in the mouth and on the face, this includes the cheeks, lips and even the tongue. This may occur for some during a flare up and symptoms may include inflammation and redness which can make it difficult to swallow or chew if the symptoms occur inside the mouth. Others may experience discoloration of the tongue which may be either white, yellow or gray lesions.6

The impact of hearing loss and psoriasis

Psoriasis can occur either internally or externally on the ear. Internally people may experience build up of scales within the ear canal. This build up can cause issues with hearing impairment or loss. Some find it helpful to get their ears cleaned out by a doctor to help ease the discomfort or hearing impairment caused by the build up. Some psoriasis treatments should not be used inside the ear as the eardrum is delicate and could be harmed by some topical treatment options. Externally people may develop scales around the ear and on the face and scalp. This skin can sometimes be more sensitive than other areas of the body so it is important to speak with your medical provider about what treatments might be best for treating your ears.

A new frontier of research is taking place regarding the microbiome and psoriasis. New research is examining if the microbiota on the skin or in the gut is a contributor to flare-ups. Microbiota lives in the stomach, intestines and on the skin and are made up of fungi, bacteria, and other single-cell organisms. Microbiota help digest food by breaking it down into things the body can use such as enzymes and vitamins, they can also assist in warding off infections. The system of microbiota and the body are known as the microbiome.7

Researchers are taking a look at whether or not certain autoimmune conditions such as psoriasis and psoriatic arthritis are linked to a disturbance in the microbiome. Studies are examining differences in the individual’s microbiome and whether or not that has an effect on immune responses, for psoriasis patients this can include responses such as flare-ups. 7 Other studies include an examination of the microbiota that resides on the skin and the connection to triggering inflammatory responses that account for psoriasis skin symptoms.8

Do you have any strange psoriasis symptoms? Share your story with the community!