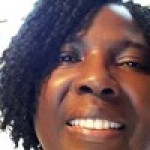 Rats are rodents that we feel are a nuisance and we certainly don’t want to be bothered with them. I know there are different types of rats. For example, there are field rats, the kind we think of eating out of the garbage can. On doing my research I’d like to talk about the lab rat, lab rats are the ones that researchers and scientists use in studies. They use them in the psoriasis field for studies such as genetics, for medical comparisons, biological comparisons and much more. As I dug in deep I was amazed at my findings and how rats are being used in the laboratory to study this lifelong disease.

It has been documented through rat studies that male rats were more prone to skin changes than female. What does this look like to me? It appears in medical findings that the male rat’s skin was most affected. Obviously, there were significant indications through skin grafts done on the rats. I also researched UV-B induced dermatitis in the rat. The modules of this study showed rat skin responded to the UV-B light differently than the skin of humans diagnosed with psoriasis. Interestingly, the rat’s skin heals after injury and does not have relapses. The mice are used to study in depth therapies directed at psoriasis. Some of the mice had skin alterations and inflammatory infiltrate including psoriasis lesions and the development of skin abnormalities occurred in about 64% of the mice. Inflammation also showed up.

In order to do a lot of these studies, they would shave the rats and graft human skin onto them. (This is known as xenotransplantation.) The researcher pretty much focused on the skin grafts on nude rats to get their scientific data. Amazingly what they found was that psoriatic features could be maintained more than 2 months without further manipulations. This method allows researchers to study the pathogenesis of psoriasis since there is a lack of an animal disease that resembles psoriasis.

In the world in which we live, man uses monkeys, people, and space to reach conclusions or scientific evidence. Why should it surprise us that rats and mice are being used for the good of my disease of psoriasis? I’m not surprised. We need cures and medical discoveries, breakthrough, and new drugs for this disease. Whatever it takes, I am in agreement. However, it does creep you out and make you say, Oh rats!!!! Somebody has to be the guinea pig why not rats.

The next time you find yourself kicking over an outside garbage can and a rat jumps out, be kind because it may be getting ready to go on a laboratory assignment. I mean you never know, I’m just saying.

As horrible as the skin grafts, shaving, and mutations that these lab rats endure, I believe it’s for an excellent cause. When I look at the biologic that keeps my psoriasis good, it may be a rat that was used to create and discover this drug’s effectiveness for me and many others. I would go on to say that is a good thing. Without the proper treatment, medical findings, experiments, scientific research, my outlook would look very hopeless.

Editor’s note: Mice that are used for scientific purposes and in research studies are typically bred in labs and are bred specifically for laboratory research.