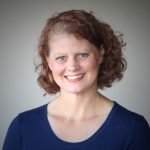 You probably know Cyndi Lauper as an award-winning singer, songwriter, and pop culture icon with a career that has spanned more than 30 years. From her songs “Girls Just Want to Have Fun,” “Time After Time,” and “True Colors,” to composing music for the Broadway musical Kinky Boots, and the upcoming launch of her clothing line Touch of Cyn and LGBT community activism, Cyndi stays busy.

Now she adds another project: speaking out about her own psoriasis, spreading psoriasis awareness and empowering patients to take an active roll in their treatment.

In 2010, Cyndi was diagnosed with scalp psoriasis. She was given some shampoo to help with the symptoms and sent on her way. Unfortunately, her psoriasis spread to other parts of her body in the years ahead. She tried topical creams but didn’t help long-term.

By 2015, Cyndi said her psoriasis was “terrible.” She said her disease was so severe that it kept her from regulating her body temperature; she was so cold. “I was really a mess. … This is no way to live. I couldn’t take it anymore.”

Cyndi steps up her treatment

With creams and cod liver oil with plastic wrap treatments not working not helping her disease, Cyndi sought out the expertise of a doctor trained in diseases of the skin, not cosmetology. She said her doctor was really fantastic and laid out all of the treatment options available. After weighing the options and considering their side effects, she decided to try a biologic to help keep her psoriasis in check.

Cyndi said she is now clear and doing well with her medication and diet choices. She said pepper and sugar often trigger her flares. And even though Cyndi is doing well, she was quick to note, “This darn disease strikes everyone differently. What works for one person might not work for the other. You need to ask a doctor about it.”

Cyndi said she has also reached out to the National Psoriasis Foundation to get information about psoriasis so she could take an active role in managing her psoriasis. “You have to educate yourself. You have to work with your doctor and be part of your care and your journey toward health. … My grandma used to tell me all the time, ‘Health is like wealth. If you have your health, you can do anything.’ But she said it in an Italian accent.”

All in the family

As with many psoriasis patients, family genes may have played a role in Cyndi’s disease. She said psoriasis runs on her father’s side of the family and that her son also has the disease; it’s hereditary.

“I don’t know if my dad did [have it], but someone from his family did – the whole skin thing. They were very fair and had skin issues.”

While her psoriasis plaques are under control, she still suffers from fatigue from time to time. She said her busy schedule and working “ridiculous hours” certainly plays into it. Over the years, she’s become more selective in the projects she works on, only those causes that are most important to her. “You gotta push ahead with what’s important,” she said.

One of these projects includes her partnership with See Me To Know campaign, which showcases regular people telling their stories on how they conquered the disease and how they are living with it.

“I let mine get pretty out of control. No one likes to talk about. It can make you feel powerless, but there is information. And information gives you power,” Cyndi said. She went on to say, “[Psoriasis] is serious. The more you know, the less anxious you will become because you have options.”

In addition to these stories on the site, she released her new music video “Hope” to empower patients to seek out knowledge. “I wrote this song for the people I listened to,” she said, explaining the message is for others to become a part in their own journey to health.

And her message to the world about psoriasis? “It’s not a rash. It’s an inflammatory thing. It’s not contagious. … It’s not a joke. And if you have psoriasis, you should seek out a practitioner. Don’t let it go.”