Rolling Out the Red Carpet–Do Celebrities with Psoriasis Matter? 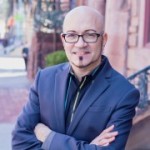 Ok, another celebrity just announced they have psoriasis, along with a flashy pharma promotional ad. Why should I care?  And didn’t we just have to hear last week about Kim Kardashian having another runway encounter where she was questioned about her psoriasis? Do we really need another celebrity to focus attention on psoriasis?

What’s so inspirational about a rich and famous person living with a chronic health condition anyway? Of course, it’s going to be about 1000 times easier for them to cope with psoriasis. And they can afford the best experimental treatments, while the rest of us are left dealing with a stack of medical bills that were sent to collections!

Beyond the glitz associated with celebrity endorsements or attention to a public health issue, why is it important to have news and social media attention that highlights a celebrity that has a chronic health condition?  On the whole, I’d say there are three important reasons: stigma, healthcare provider awareness, and future research.

I don’t have to tell you that psoriasis is a highly stigmatized condition.  People fear what they don’t understand, and a highly visible skin condition is up at the top of the list that may be fear inducing to many people.  Historically, leprosy, syphilis, smallpox, and plague had highly visible skin and other physical symptoms. Even as these diseases have largely faded into history, they still hold a heightened social significance as something to be universally feared. Many of the myths surrounding psoriasis–that it is contagious, that it is caused by not taking care of one’s skin, that its impact on health is only what’s visible–are related to its social stigma.

In our “Psoriasis In America” survey, one of the questions we asked was “If my psoriasis was an animal, it would be a [fill in the blank].” It is notable that the top animal identified by survey participants was a snake.  In addition to the scales on a snake, which may remind people of plaques, snakes are a symbol for something that is sneaky, unpredictable, and fear-inducing. At least in Western culture, this negative symbolism overpowers more positive symbolic traits of snakes seen in other cultures (for example the promise of rebirth coming from the shedding of skin).  So people with plaque psoriasis may identify with the snake precisely because they understand how others view them–with suspicion, hesitancy, and fear.

The powerful nature of the stigma of psoriasis is evident in other responses to the Psoriasis In America study.  Over 86% of survey participants have felt embarrassed by their psoriasis, 66% feel isolated or alone, and nearly 50% feel that they are treated differently because of their condition.

Celebrity attention around psoriasis can be important to helping to reduce some of this social stigma. Many people don’t pay attention to specific health information until someone they know, or someone they admire (like a celebrity) has the condition or speaks up about it. Plenty of people say they never heard of psoriasis until Kim K. showed her “rash” on “Keeping Up with the Kardashians” in 2011.

Doctors and other healthcare providers are overwhelmed with new medical research, treatment guidelines, administrative responsibilities, and patient care.  Being on top of health conditions that may affect only a small percent of their patient population is not their priority.  Even specialists may find it challenging to keep up with complicated treatment regimens for people with chronic health conditions and autoimmune conditions where the evidence base is continually evolving and patient/provider communication are key to successful treatment planning.

While some celebrity attention may lead to an attitude among healthcare providers that the health concern or treatment question is a “fad,” significant amount of celebrity attention can lead to a new focus, updated treatment guidelines, provider training initiatives, and providers feeling more willing to push the envelope with insurance companies.  Pre-authorization and tiered medication formularies are a pain for patient and healthcare provider alike, so having greater public attention to often ignored health conditions can put insurance company rejections under heightened scrutiny1.

Medical/clinical research agendas are influenced by a number of factors including incidence and prevalence of the health condition, populations affected, projections of market for treatment, understanding of etiology and pathology of the disease, and a sense that there is societal support or demand for new prevention, treatments, or a cure.  While a single celebrity with a health condition probably won’t make a difference, having many celebrities, and an ever increasing number of them advocating on behalf of a health condition can make a difference.

The CDC has developed recommendations for future research in six areas of focus: natural history of psoriasis (issues including the age of onset), case definition validity, disease burden (population-level health and impact on work), severity, and comorbidities such as cardiovascular disease2. In another article, we talk about areas of emerging research that are exploring ways to treat, control, and manage psoriasis in order to improve the quality of life of people living with psoriasis.

“Out celebrities” with psoriasis:

How do you feel about celebrities speaking out about their life with psoriasis? Do you think it helps? Do you find it annoying and distracting from the real issues you face?

You can add YOUR name to the growing list of celebrities with psoriasis by becoming a celebrity on PlaquePsoriasis.com by posting YOUR story!