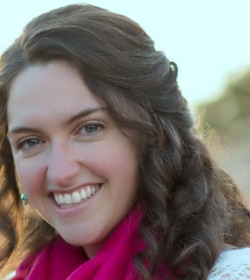 Vicki Nowell is a Moderator for PlaquePsoriasis.com and Psoriatic-Arthritis.com. She was officially diagnosed with psoriasis via a biopsy in her late teens. Unlike most psoriasis sufferers who have psoriasis vulgaris, Vicki has guttate psoriasis, which presents as many teardrop shaped patches instead of the classic, large plaques. She's used plenty of topical treatments, but eventually ended up doing phototherapy, which kept her clear for a little over a year. While her psoriasis eventually came back, they now co-exist like slightly disgruntled partners who want to end the relationship, but don't because they already own a house together (which makes it complicated).

She also works as a microbiologist in the field of molecular diagnostics and is interested in the latest psoriasis research regarding the genetic elements of the disease, as well as the immunology. In her spare time she likes to play board games, read, watch horror movies, and loves spending summers at the cottage looking for moose and other very Canadian things. She is optimistic, always smiling, and believes in finding the humor in every situation; laughter is the best medicine (but a little coal tar here and there doesn't hurt, either)!

Click here to read all of Vicki's articles on plaquepsoriasis.com.

Psoriasis and Your Eye Sight

How I Feel Before Seeing a Dermatologist