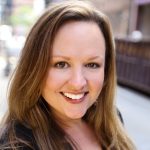 Cimzia was recently approved by the U.S. Food and Drug Administration (FDA) to treat moderate to severe plaque psoriasis. Cimzia has been previously approved to treat other inflammatory conditions, including psoriatic arthritis, rheumatoid arthritis, and Crohn’s disease, but the approval in dermatology provides those living with psoriasis a new option for treating their skin condition.1

Cimzia is a biologic medication which targets and blocks tumor necrosis factor (TNF), a protein involved in the inflammatory response. In autoimmune diseases like psoriasis, the immune system is abnormally triggered and causes an increase in inflammation, which causes the inflamed patches on the skin. By blocking TNF, Cimzia can reduce the symptoms of psoriasis. Cimzia is a PEGylated TNF inhibitor. PEG is polyethylene glycol, a substance that is attached to a protein to make it stay in the body longer.1,2

Cimzia is administered by an injection given under the skin (subcutaneously). The recommended dose for adults with moderate-to-severe psoriasis is 400 mg, given as two subcutaneous injections of 200 mg each, every other week. For people who weigh less than 90 kg (approximately 198 pounds), the dosage may be decreased to 200 mg every other week after the initial two doses.1

The FDA approval for Cimzia for psoriasis was based on several Phase III clinical trials that included over 1,000 people with psoriasis. Most of the participants in the trials had never taken a biologic medication before (biologic naïve), and about a third of the participants had tried other biologics for their condition. In all three trials, Cimzia demonstrated a statistically significant improvement compared to placebo. The trials used the Psoriasis Area and Severity Index (PASI), a tool which expresses the extent and severity of psoriasis.1

Possible side effects of Cimzia

The most common documented side effects of Cimzia include redness or pain at the injection site, upper respiratory infections, rash, and urinary tract infections. Cimzia may cause serious side effects, such as new or worsening of infections, which may require hospitalization.1,2