Psoriasis Throughout the Body

Psoriasis patches can range from a few spots of dandruff-like scaling to major eruptions that cover large areas. Some people have mild cases of psoriasis with only 10% of their skin affected, while others have very severe cases that have almost 80% of their skin covered by the condition.

There is no singular way that plaque psoriasis affects a person. It can show up in a variety of places – some expected and some unexpected.

What parts of the body does psoriasis impact the most?

Psoriasis is an autoimmune condition that develops on the skin, anywhere on the body, from the limbs to the eyelids.

To find out more about how the condition is affecting our psoriasis community, we reached out on the PlaquePsoriasis.com Facebook page. There, we asked, “Where do you experience psoriasis outbreaks the most?”

Nearly 50 community members responded. Here is what was shared.

Managing psoriasis on the scalp 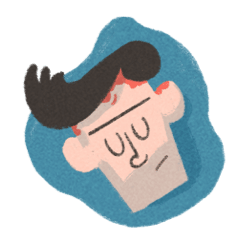 The top answer, without question, was the scalp. There are topical treatments and shampoos, especially those with coal tar, that may help relieve symptoms. Vitamin-D-based medications and vitamin A derivatives may also be helpful.

Plaques on the hands and feet 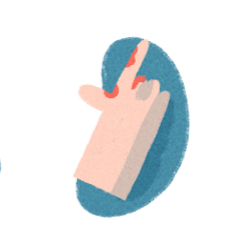 For many people with plaque psoriasis, it shows up as palmoplantar psoriasis. This primarily affects the soles of the feet and palms of the hands. This condition is believed to be caused by a mix of genetic and environmental factors. It is worth taking the time to see if detergents or other chemicals might be aggravating your psoriasis. 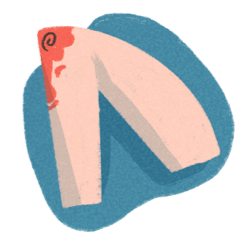 The elbows are another spot that plagues a lot of people with plaque psoriasis. The elbows, along with the knees, tend to be where skin cells grow rapidly and scales develop. Different solutions help different people, but moisturizing and medical creams can help. For some people, baths are useful.

In general, the joints, including the ankles, tend to be among the most affected areas on the body.

A different kind of chest pain 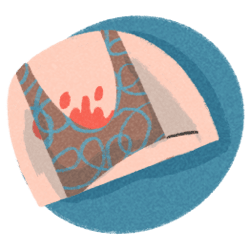 Not everyone realizes that the chest can be a commonly affected area. It is typically hidden by clothing, so it stays out of view. 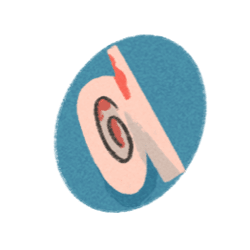 For anyone except those suffering from it, it may come as a surprise that the ears are often affected. Several community members shared that plaque psoriasis shows up on the insides of their ears – and behind the ears as well.

Turning my back on psoriasis 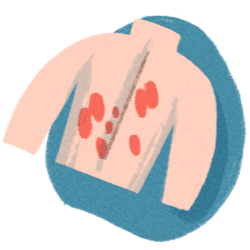 The lower back is a commonly affected area. This can be a particularly annoying and troublesome area as it is hard to reach for most people.

“My back.”
“Everywhere, but especially on my back.” 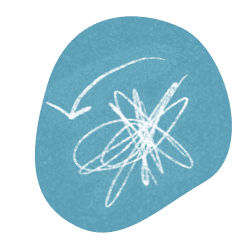 Inverse psoriasis is a variety that shows up where there are skin folds. In these areas, sweating and rubbing make the condition worse. Here, psoriasis looks like skin that is bright red and smooth.

For some, it is not a question of where psoriasis shows up. The plaques just seem to be found all over their bodies.

Thank you for sharing.

Flare-ups can cause your psoriasis to get worse and cover larger amounts of your body. Learn your triggers and avoid them, when possible, to help reduce your risk for flare-ups.

Thank you to those who shared. It is our hope that more community members see that they are not alone in their experiences with psoriasis.

Psoriasis on the Face

1 comments
This article represents the opinions, thoughts, and experiences of the author; none of this content has been paid for by any advertiser. The PlaquePsoriasis.com team does not recommend or endorse any products or treatments discussed herein. Learn more about how we maintain editorial integrity here.

Where on your body does psoriasis bother you the most?