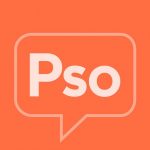 When we recently surveyed the community about their experiences in our Psoriasis in America study, many lesser-known challenges facing people living with psoriasis came to light.  One of the important issues uncovered was how many individuals with psoriasis report feeling frequently exhausted.  In fact, 68% of those who responded said they are tired more often or fatigue easily because of their psoriasis.  So where is this fatigue coming from and why?  The answer isn’t the simplest to crack, however, there has been some information coming to light recently on the link between fatigue and psoriasis.

Fatigue can be described as a feeling of exhaustion, lack of energy, or extreme, uncontrollable tiredness.  It often accompanies many mental health conditions, including depression, anxiety, and sleep disorders.  Fatigue can also come along with other illnesses, including cancer, as well as autoimmune or inflammatory diseases.  Fatigue can be incredibly varied for those who experience it.  No two individuals’ experiences are the same, even if they both possess the same underlying condition, progressed to the same exact point (such as plaque psoriasis, cancer, psoriatic arthritis, etc.).  Some people may be able to carry out their normal, daily tasks, while others may need to take long sick leaves from work, or even apply for disability.

What is the link between psoriasis and fatigue?

The mechanisms behind bodily fatigue are not completely understood, and a very small body of research exists to help explain the connection between fatigue and psoriasis.  Most research that exists centers around the potential for biologic treatments for plaque psoriasis to lessen fatigue as a by-product, but do not dive deeper into their association.  Because of the varying experience individuals can have with fatigue, and a lack of research and understanding of how it works, fatigue is incredibly hard to classify on a larger scale, and can therefore, go unnoticed and untreated.  This confusion has only slowed or prevented research on effective treatments specifically for fatigue and has led many to consider it as an annoying side effect, rather than the potentially life-altering state it can become.

The research behind psoriasis fatigue

One of the strongest theories dominating current research on the origin of fatigue is that it is a part of the innate immune response of the body.  It is also hypothesized to be a result of cellular strain, especially in cases where oxidative stress can be prolonged within cells in response to inflammation.  When we get sick, even with something as small as the common cold, we generally lose our appetite, experience a decrease in motivation, and lose interest in taking care of ourselves as well as others.  All of these sickness behaviors are the same behaviors we experience when struggling with fatigue. These feelings make it easier for people living with a chronic health condition to distinguish fatigue from normal “tiredness.”  This phenomenon potentially points to proinflammatory cytokines in the body that regulate both the immune response and inflammation, as experienced in conditions like plaque psoriasis. Because psoriasis is an autoimmune condition, the chronic inflammation people experience as a result, can also lead to fatigue.

According to some research, biologics may work well to decrease fatigue, especially if they work to target these types of cells or their receptors, but right now, more research needs to be done to uncover these mechanisms further.  Interestingly enough, fatigue levels, as studied in research so far, do not seem to correlate with disease progression or severity.  This could be why even on a great day with lessened psoriasis symptoms, or when you’re not in a current flare-up, you may still feel incredibly fatigued.

While it is hard to separate fatigue caused by conditions like plaque psoriasis from other confounding conditions like depression, anxiety, and the like, it is crucial to find the link and “crack the code” between fatigue and psoriasis, so that individuals with psoriasis can regain the energy they need to keep going on their life journey with a chronic health condition.

Hopefully, more research will be on its way soon, but in the meantime, remember, you are not alone!  Many of you expressed feeling frustrated with fatigue, and talking about your experiences, as well as sharing tips on how you feel the best you can, will only help the community as a whole!

Skoie IM et al. “Fatigue in psoriasis: a phenomenon to be explored.” British Journal of Dermatology. May 2015. Available from: http://onlinelibrary.wiley.com/doi/10.1111/bjd.13647/full.