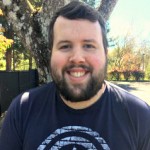 I don’t consider myself a fearful person. My wife actually accuses me of being TOO laid back. Babies can play with forks, right? If they poke themselves, it will just build character! I’m exaggerating of course, but it really isn’t too far off. However, I do have three big fears: heights, needles and medication side effects. As you can imagine, it’s really difficult to have the latter two fears when you have severe psoriasis-a disease most commonly treated with biologic medications.

I first was told about biologic medications around 2006. At this point, Enbrel had been approved for psoriasis for about two years, but it had been around for other diseases for close to a decade. When my dermatologist started to explain what they were and the corresponding side effects, I was sure that her next question would be “What would you like for your last meal?” When you have a 15-minute appointment, and ten minutes of that is spent listing possible side effects, it is cause for alarm. It was her final question—asking if I was planning to have kids—that put the nail in the coffin. I was 21 and had been married just over a year. Of course, I wanted kids!

I left the office feeling as if she was trying to talk me out of this treatment. On one hand, I was so desperate to be clear. I wanted confidence. I wanted to get a real job. I wanted to swim, wear shorts, and get people to stop staring at me. On the other hand, I wasn’t ready to trade one horrible disease for another. This is when I developed the mentality that dry skin (at this point I had no idea it was an immune-mediated disease) wasn’t as bad as cancer, so I might as well just learn to live with it.

I spent the next decade half-heartedly using topical ointments and the occasional phototherapy session in order to make it look like I was putting effort into making my skin better. I knew that those things would never clear my entire body. Nevertheless, they came with less perceived risk, so they were the only ones I would consider. Thinking back, it is somewhat silly I was OK with phototherapy, given my grandfather died of melanoma.

Once I turned 30, got involved with National Psoriasis Foundation, and started to learn about comorbidities and impact of severe psoriasis, I realized that I needed to face my fears. The treatments I was choosing weren’t appropriate for the extent of disease I had. I needed a systemic medication to help get my chronic flare under control.

A big turning point for me was a webcast that was broadcasted in 2016 with Dr. Stephen Cohen. Dr. Cohen has over 30 years of experience in medicine, with an emphasis on research in the world of dermatology. The part that really stuck out to me is that in all of his years in medicine, he has not personally seen any of the scary serious side effects that we all hear in the commercials. Here is a man that has been at the heart of psoriatic disease since these types of medications came on the scene, and he hasn’t seen any of his patients experience these side effects. To me, this really opened my eyes to the rarity of these things happening.

He goes on to talk about the fact that studies over the past 14 years have shown that there is no real correlation between increased risk of cancer for those on biologics when compared to the general public. Furthermore, all medications have rare, and often lethal, side effects associated with them. Even your over-the-counter pain medications come with a mile-long warning label. There is always going to be a risk with any medication, but when you really look at the large-scale studies, serious adverse effects aren’t common.

Taking it day by day

I am now on my third biologic, and other than some injection site pain, I have not experienced any other side effects. In fact, when my family gets sick, I am usually the only one that doesn’t catch the bug! I know this is strictly anecdotal, but in my case, the benefits have far outweighed the risks. My skin looks healthier, I feel better overall, and I don’t have to suffer. Deciding on a new treatment is scary, and no one should push you into it until you are ready. Talk to your doctor, do your own research, and decide what is best for you.